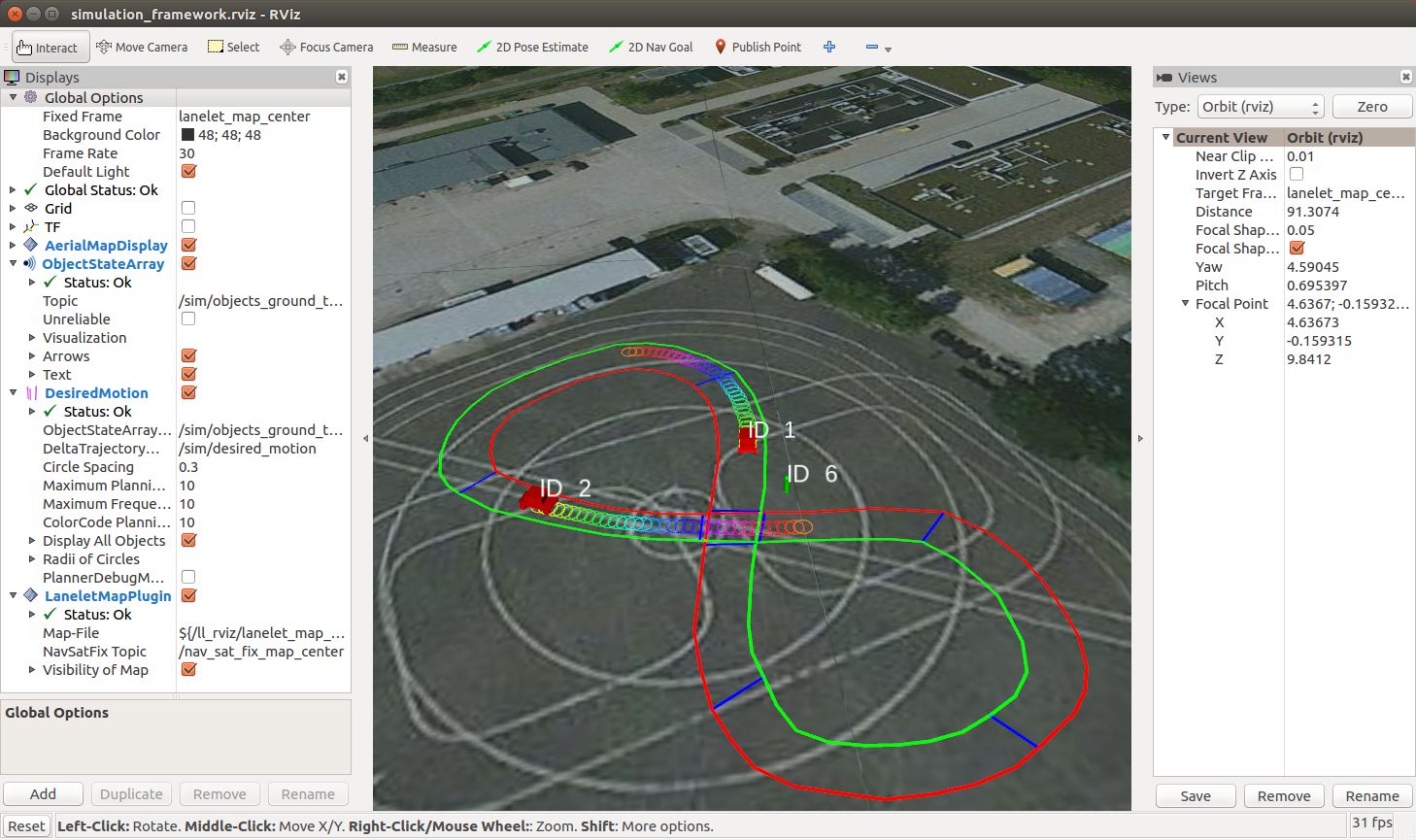 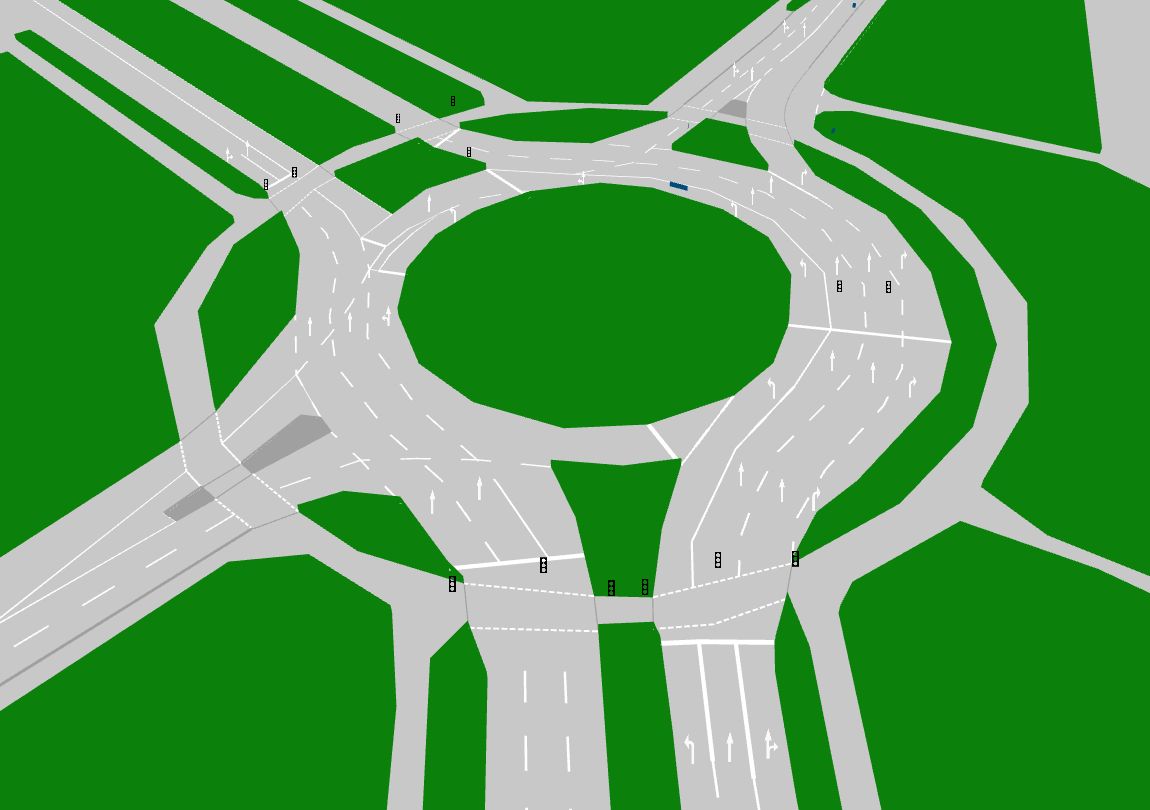 Lanelet2 is a C++ library for handling map data in the context of automated driving. It is designed to utilize high-definition map data in order to efficiently handle the challenges posed to a vehicle in complex traffic scenarios. Flexibility and extensibility are some of the core principles to handle the upcoming challenges of future maps. https://github.com/fzi-forschungszentrum-informatik/Lanelet2 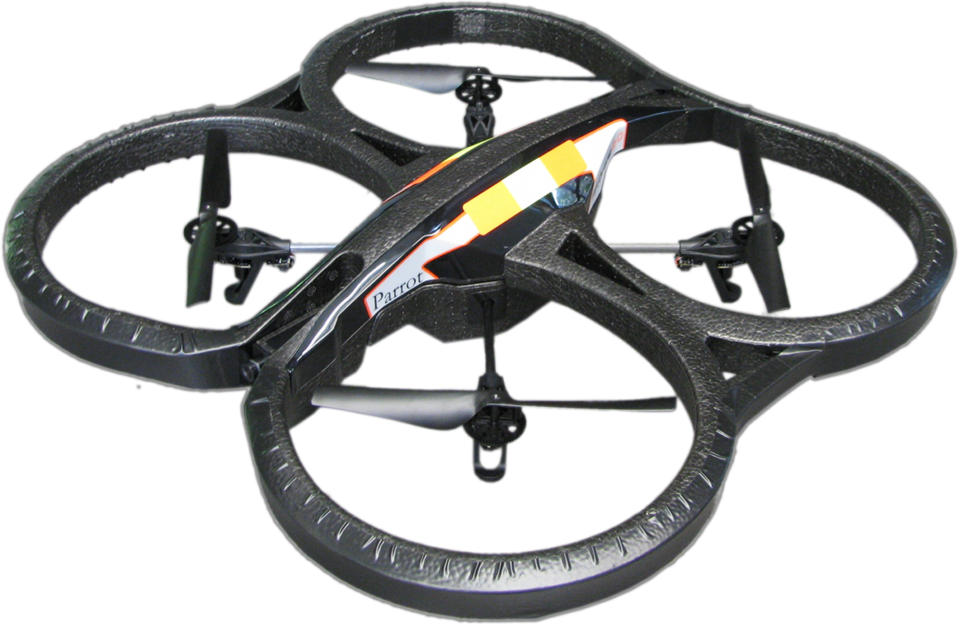 This framework simplifies the development of autonomous flight applications for the popular Parrot AR.Drone 2.0 quadcopter. It consists of two applications: arDroneAutonomous conveniently offers undistorted camera images and other measurements, anti-windup PID position controllers, as well as keyboard and gamepad inputs. arDroneManual provides concurrent manual control and audio feedback about the quadcopter's state.
In our lab courses MTP, RVMRT and in the KSOP Optics and Photonics Lab, this framework is used to practically learn Ziegler-Nichols controller tuning and the detection of and autonomous navigation along a line on the ground. This video shows the lab's final result. A German script is already available, an English version will appear shortly. For the LaTeX sources of the scripts, please contact us.

Modern systems for computer vision and other real-time applications not only contain more and more CPU cores, but also graphics processing units (GPUs). For such systems, this C++ library can automatically and continuously optimize throughput and energy efficiency of user-defined stream applications. This paper (accepted version) explains the algorithms and implementation of libHawaii and demonstrates its usage on own applications. A preceding prototype for optimizing the performance of dense stereo vision in particular is described in this paper (accepted version).

This library parses OpenStreetMap files and builds so-called lanelet maps. Those maps represent the environment both in topological and geometrical terms and can be used as a building block in autonomous driving applications. We provide the library as well as supplementary material on this website. 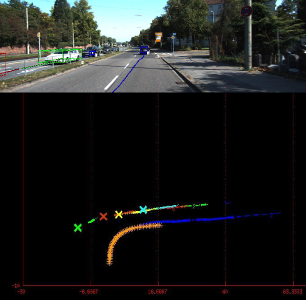 TriTrack 2 is a MATLAB library for 3D moving object detection and tracking. As input, rectified stereo image pairs are used. Output are 3D bounding boxes in world coordinates. This approach is based on detecting sparse feature points and estimating scene flow using these features. Egomotion is considered using image information only. Clustering the scene flow, considering the quadratically growing stereo error, is used for moving object detection. Detections are tracked over time. The source code of triTrack2 including a readme file with installation instructions and a short demo sequence can be downloaded here. 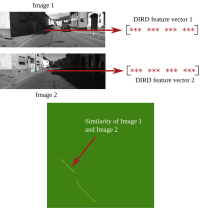 This website presents DIRD based place recognition. Source code and datasets are made freely available. DIRD feature vectors are extracted for every image of a given sequence. Thereafter pairs of images are automatically found that belong to the same place. The method is very robust against illumination changes.
This library can be used for loop closure detection in visual SLAM. It is written in C++, is self contained, easy to compile using CMake, runs on Linux and Windows and includes MATLAB wrappers as well as sample datasets. Moreover, the feature extraction is very fast (approx. 7ms on a single core). Place recognition is fast using SSE intrinsics. More information is availabe on this website. 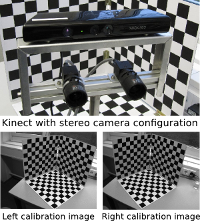 This online toolbox can be used to fully automatically calibrate one or multiple video cameras intrinsically and extrinsically using a single image per sensor only using a set of planar checkerboard calibration patterns. Furthermore, if provided, it registers the point cloud of a 3D laser range finder with respect to the first camera coordinate system. The main assumption for our algorithm to work is that all cameras and the range finder have a common field of view and the checkerboard patterns can be seen in all images, cover most parts of the images and are presented at various distances and orientations. More information is availabe on this website. 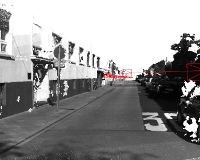 LIBVISO2 is a very fast cross-platfrom (Linux, Windows) C++ library with MATLAB wrappers for computing the 6 DOF motion of a moving mono/stereo camera rig. The stereo version is based on minimizing the reprojection errors of sparse feature matches and runs in real-time (>20fps on i7 at VGA resolution). No motion model or setup restrictions are imposed, except that the input images must be rectified and calibration parameters are known. The monocular version uses the 8-point algorithm for fundamental matrix estimation. For estimating the scale it assumes that the camera is moving at a known and fixed height over ground. It includes a simple structure-from-motion pipeline to reconstruct sparse 3D point clouds. The source code of libviso2 including a readme file containing installation instructions can be downloaded here. More information is availabe on this website. 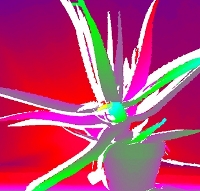 LIBELAS is a cross-platfrom (Linux, Windows) C++ library with MATLAB wrappers for computing disparity maps from rectified graylevel stereo pairs. It is robust against moderate changes in illumination and well suited for robotics applications with high resolution images. Computing the left and right disparity map of a one Megapixel image requires less than one second on a single i7 CPU core. A sub-sampling option allows for computing disparity maps at half image but full depth resolution at 10 fps. The source code of libelas including a readme file containing installation instructions can be downloaded here. More information is availabe on this website. 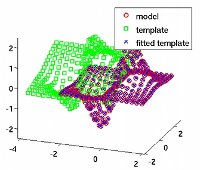 LIBICP is a cross-platfrom C++ library with MATLAB wrappers for fitting 2d or 3d point clouds with respect to each other. Currently it implements the SVD-based point-to-point algorithm as well as the linearized point-to-plane algorithm. It also supports outlier rejection and is accelerated by the use of kd trees as well as a coarse matching stage using only a subset of all points. The source code of libicp including a readme file containing installation instructions can be downloaded here. More information is availabe on this website.

This software is free to use for research and non-commercial projects. When downloading software from this website, you accept our license agreements:

All software and source code on this website is copyright by the respective authors and available under the GNU General Public License V3, which means that if you distribute a software which uses our software, you have to distribute it under GPL with source code.

Another option is to contact us in order to purchase a commercial license. 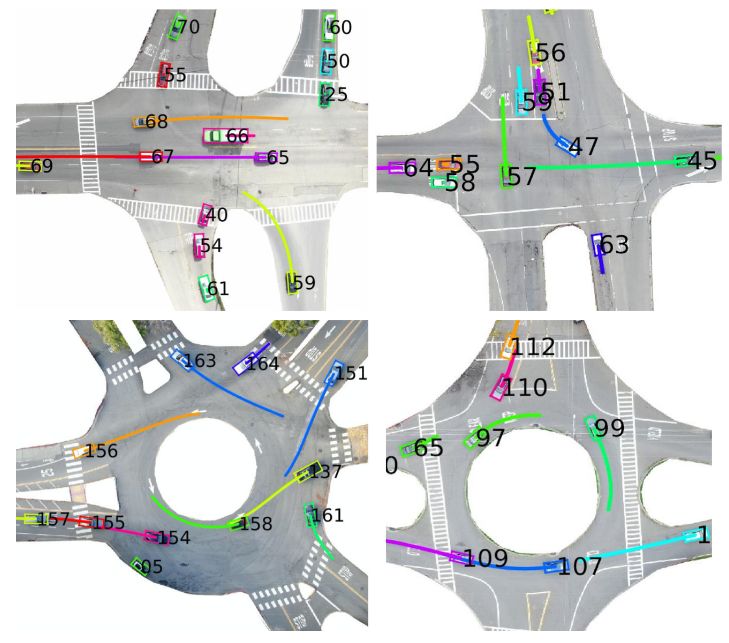 The INTERACTION dataset contains naturalistic motions of various traffic participants in a variety of highly interactive driving scenarios from different countries. The dataset can serve for many behavior-related research areas, such as

This dataset takes advantage of our autonomous driving platform Annieway. We present challenging real-world benchmarks for evaluating tasks such as stereo, optical flow, visual odometry, 3D object detection and 3D tracking. For this purpose, we equipped a standard station wagon with two high-resolution color and grayscale video cameras, using a baseline of roughly 54 centimeters. Accurate ground truth information is provided by a Velodyne laser scanner and a GPS localization system with integrated inertial measurement unit and RTK corrections. All sensors have been calibrated and synchronized. Our datsets are captured by driving around in a mid-size city, rural areas and on highways. Up to 15 cars and 30 pedestrians are visible per image. Besides providing all data in raw format, we extract benchmarks for each task. For each of our benchmarks, we also provide an evaluation metric and an online evaluation website.

This dataset contains contains roughly 1000 images each and object bounding boxes for cars or pedestrians (~10000 bounding boxes in total). Furthermore, it contains the orientation of each object, discretized into 8 classes for cars and 4 classes for pedestrians. The .zip files provided below come with a MATLAB-based label viewer. Labels are saved as MATLAB matrices (.mat files), where each row is an object in the image and the columns correspond to position, size, class and orientation of the object. You can use this dataset to train your preferred objected detector. We had very good experiences with the cascaded part-based L-SVM from Ross Girshick and Pedro Felzenszwalb, which we modifed to fix the latent orientations to the ones given by the labels. We have been able to detect very small objects by upsampling the original images up to a factor of three. You can download the datasets here.

This dataset contains a couple of high-quality stereo sequences recorded from a moving vehicle driving through the city of Karlsruhe. The sequences are saved as rectified images in *.png format. Calibration parameters of the camera and ground truth odometry from an OXTS RT 3000 GPS/IMU system is provided in a separate text file. You can download the datasets here. 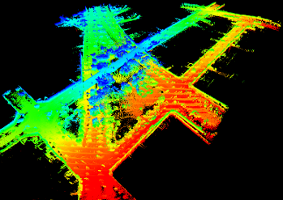 This dataset contains sensor recordings from our vehicle AnnieWAY at a bridge in the city of Karlsruhe. Driving a loop that passes both below and over the bridge makes it a very special scenario specifially suited for 3D SLAM applications. The used sensors are: 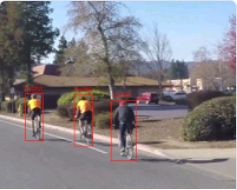 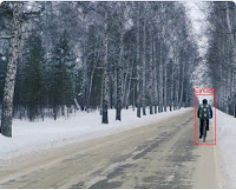 This dataset is focused on cyclist detection using a monocular RGB camera in various scenarios experienced on roads in Autumn and Winter (with snow) for enabling researchers to run rigorous tests in various conditions. In both training and testing sets, there are 62297 total images, about 18200 cyclists instances, and 30 different cyclists. Images in 1242x375 (KITTI res.) and 1920x1080 Full HD resolutions.
We utilized the popular KITTI dataset label format so that researchers could reuse their existing test scripts. We encourage researchers to augment their test and validation datasets with extra cyclist instances in the same label and image formats.
We hope that our Specialized Cyclist Dataset will accelerate progress in cyclist detection and improve cyclist safety around autonomous vehicles.

Here you can find the paper with a detailed description of the dataset spec.
LINK TBD

The datasets on this webpage are free to use for research and non-commercial projects. When downloading the datasets from this website, you accept our license agreements:

All datasets on this website are copyright by the respective authors and available under the Creative Commons Attribution-NonCommercial-ShareAlike 3.0 License: